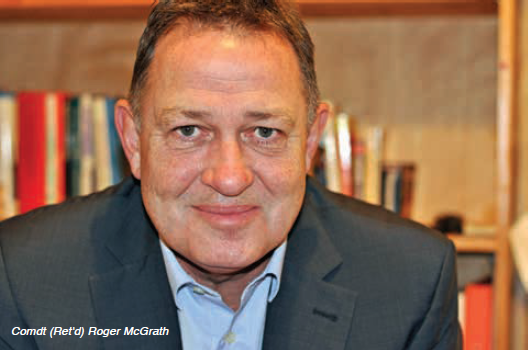 An independent analysis of the HR ‘Climate Survey’ by Commandant (Ret’d) Roger McGrath, who currently works as a mediator and HR advisor.

The Report of the 2015 Defence Forces ‘Your Say’ Climate Survey gained little media coverage when it was published in September. This is not surprising as it coincided with settlement of the Dublin Bus dispute, the growing possibility of An Garda Siochána taking unprecedented industrial action and fears of school closures due to the ASTIgovernment impasse.

The fact that the media’s attention was focussed elsewhere lessened the impact the report would have
produced if the industrial relations climate was quieter at the time. Unfortunately the lack of publicity meant that the contents of the report did not elicit the level of public concern which they should have if they had been the subject of greater media attention.

The stated objective of the survey was to assess Defence Forces members’ attitudes and satisfaction levels regarding the Defence Forces and in particular its Human Resources Management (HRM) policies and procedures and to inform and provide direction to the HRM strategy.

The results paint a picture that should be of concern for the government, the military authorities and all those who hold leadership roles in the organisation; morale is low, confidence in the organisation and its leaders is less than ideal. Notwithstanding the exigencies of military service it would seem there is widespread disaffection with the terms and conditions of employment. A symptom of this disaffection is the high level of early retirements of middle ranking and senior officers. As the economy picks up, retention at all levels of the organisation will become increasing problematic.

It is beyond the scope of this article to look at each and every area of the report. This article looks at some of the key findings of the survey and what they say about those who serve in the Defence Forces.

The Likert type format was the format used for the most part of the survey, this is the most widely used scale for such surveys. However, the Likert Scale, with five choices, is an ordinal scale only, i.e. it has rank but no magnitude. So although “Strongly Agree” is lower than “Agree” we don’t know by how much; the winner is better than the runner up but the scale does not indicate the difference or magnitude between them (a head, a length, a furlong?).

The response rate of 11% (1055 out of a sample frame of 9,500) undermines the validity of the exercise. A response rate of just over one in ten personnel could hardly be deemed an accurate barometer. Such a low participation rate could be looked upon as a reflection of disengagement with almost 90% of Defence Forces personnel  choosing not to participate despite widespread publicity and encouragement to do so. The question arises, with such a low response rate, as to how engaged personnel are with the concept of the survey and of the feedback process.

Comparison with other climate surveys indicates that 11% is well below the norm. The New Zealand Defence Forces (NZDF) carried out a similar survey in 2015 which had a 65.7% response rate. A “Uniformed Personnel Benchmark” in the same country had a response rate of 63%. The UK Regular Armed Forces continuous Attitude Survey 2015 had a response rate of 44%, a drop of 4% from the 2014 and 2013 surveys. Private sector companies with workforces over 1,000 employees look for response rates of 65% and above.

Satisfaction with military life has dropped from 64% in 2008 to 48% in 2015. In comparison the NZDF survey had a score of 62.8% on work satisfaction. However, the score does seem to tally with the UK result of a level of 47% being satisfied with Service life in general. The substantial drop in satisfaction with work in the years between the two surveys should be a cause for concern. The Executive Summary states, “It would suggest that despite the changes and the concerns in areas such as fairness, the majority of employees enjoy their work.” However, the fact that people enjoy their work doesn’t necessarily mean than they don’t think it could be improved.

Regarding peer support the results are positive, with the majority of respondents feeling supported and respected by their colleagues. This is one of the highest scores in the survey and shows that the military values of teamwork and collegiality remain strong.

The levels of satisfaction with organisational interactional justice has decreased between surveys. The authors suggest that the many changes which have taken place in the last 8 years have played a part in this decrease.

The score for Leadership Values is neutral. This is not a good score when leadership is such an important value in the military context. However, mean satisfaction in areas of mission success, internal integration and external adaptability have all remained above neutral which indicates a positive perception of leader’s actions. Leaders should be commended for maintaining general satisfaction at a time of great change.

The finding that 31.5% of respondents stated that the pay related to their job did not meet their expectations at all is worrying. Put the ‘Not at All’s’ and the ‘Slightly’s’ together and you get 58% of dissatisfied personnel when it comes to pay. Only 17.5% of respondents believe that their pay meets expectations either moderately or to a great extent. Compare this to the NZDF where 45.5% of their respondents believe their pay and benefits are fair.

While 70.5% of respondents said that they felt loyal to the organisation and its values, and almost 80% of respondents felt that they were willing to make sacrifices for what they believe in, there is a gap between espoused values and enacted values. Undoubtedly the perception of the duty of care of superiors has been undermined by the organisational changes and the diminution in working conditions.

Tellingly a majority of respondents would look elsewhere for a job. Responses were also negative in the topic of transferring to other geographical areas with only 29.9% of respondents feeling obliged to accept a transfer to other geographical locations. The implications are worrying for the retention is high of trained and experienced personnel particularly in a time of improving employment prospects outside of the Defence Forces.

There is a generally positive perception of HR policies. However, some are viewed less positively than others. There is a negative perception of the Promotion Policy. It is looked at as being unfair. The downsizing of the organisation and the concomitant lack of promotion may go some way to explaining this phenomenon. Action is needed to make the selection methods used more transparent. Criticism of the appraisal system is high and indicates that the system needs to be overhauled.

Commitment in the Defence Forces

While the results indicate that a majority of DF members do not have high levels of affective commitment to the Defence Forces, there is a significant majority who felt they were doing something worthwhile for their country. This could be a demonstration of personnel being proud to be in an organisation but not believing the organisation is as it should be.

Intentions to Leave the DF

If opportunities present themselves outside of the Defence Forces personnel,particularly those with less length of service and in ranks up to Senior Officer, may choose to leave. Intentions to leave are high, particularly among young and highly trained officers; they are the mobile strand and more employable outside. The Defence Forces need to work twice as hard to encourage them to stay. It would seem that
the haemorrhaging of young officers is set  to continue.

The perception of PSS was generally positive, as would be expected. The satisfaction rate might be even higher but for the reduction in resources directed in this area in the last decade. The attitude to gender equality is not as it should be, particularly as the stated intention of the Defence Forces is to increase the
number of females serving. There was a broadly neutral perception regarding the organisations commitment to LGBT members and co-workers support of LGBT.

Again, the response rate of 11% for the survey is very low. Was an online option investigated? An online survey could have been administered simply by providing all personnel with a website address, user name and password. Collation of the data would be greatly simplified and the process accelerated. The best way to increase participation in such surveys is to share the results quickly and openly and demonstrate a genuine intent to make practical changes; if this is done those who didn’t respond this time may do so in the future however, if the publication of the results is delayed and there are no practical changes emanating then the opposite is the case.

The UK survey was conducted between October 2014 and February 2015 and results were available in May 2015. The NZDF 2015 survey results were made public in November 2015. Compare this to the Irish Defence Forces survey which was conducted in “early 2015”, yet the results are only being published in late 2016. A simplified survey is also needed. The current format too long.

For example in‘Obligations’ participants were presented with a list of 26 statements and asked to express the extent to which they agreed or disagreed with the obligation; surely too much to ask.
Why were there no comments included? Why ask for them if they were not included? They were only referenced to say they were not included.

Perhaps a different survey method is required for the next survey leaning more to the qualitative rather than quantitative. There should not be a seven year gap between surveys. Notwithstanding the fact that the reorganisation was outside direct control of the Defence Forces it has had substantial consequences on commitment and retention; the figures back this up. Although this survey was a follow on from the first in 2008 the Reorganisation deserves much greater analysis in itself.

There was nothing specific in the report to ascertain perceptions on harassment/ sexual harassment/bullying. This area should have been explored. The report contains a wealth of information but few real recommendations. It would seem an opportunity has been lost to put forward concrete recommendations on what steps could be taken to address some of the pressing needs of the personnel as articulated in the survey results. The recommendations that are included are too vague to be useful.

Rather than saying X needs to be addressed or this might be an issue that merits some examination, would it not have been better to put in SMART recommendations. While not undermining the authority of the senior decision makers, these recommendations could indicate a definite path forward and of themselves increase the confidence of personnel in the survey process.

The real benefit of employee climate surveys is in is comparing surveys; are things getting better or are they getting worse? Although the survey results highlight significant areas of employee disengagement and a significant drop in satisfaction with work since 2008 the fact that the survey was completed and the report issued should be welcomed. It allows everyone with a role in the running of the Defence Forces to reflect on the current state of the organisation. It behoves the Government, Department and military leaders to give particular attention to the actions needed to address the issues raised without delay.