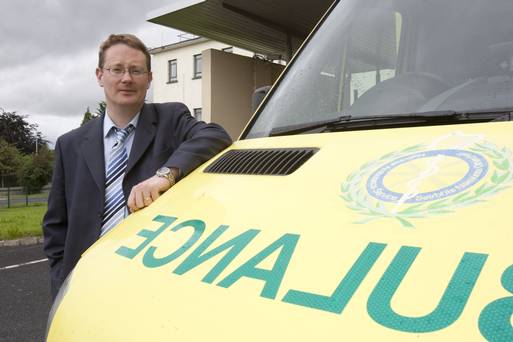 Working alongside the Air Corps in the provision of the EAS is the Health Service Executive (HSE) and the National Ambulance Service (NAS). The Medical Director of the NAS, Dr Cathal O’Donnell, talks to SIGNAL about the success of the pilot scheme to date and the strong working relationship that has been established between medical and military professionals.

“There is already a strong tradition of the Air Corps assisting in terms of medical emergencies, they have been carrying out inter-hospital transfers within Ireland and an international organ transplant transfer service for over 30 years now. However, up until 2011 the service provided was purely in terms of the provision of transport and medical evacuation. Since the piloting of the EAS service since 2011, the level at which Air Corps personnel and HSE personnel have been working has increased significantly. “Up until 2011, Ireland was one of the only modern European countries, if not the only one, not to have an EAS and it was a situation that needed to be remedied. This service is particularly for a relatively small number of patients with time critical conditions, but whose nearest hospital may not be the most appropriate. This is primarily the case for ST elevated myocardial infarction (STEMI) patients who need to be treated within a 90 minute time frame from onset of the condition at one of the nation’s seven Percutaneous Coronary Intervention (PCI) centres. These centres are located in University Hospital Galway, University Hospital Limerick, Cork University Hospital, Waterford Regional Hospital and the Mater Hospital, St Vincent’s Hospital and St James’ Hospital in Dublin. Appropriate transport of these patients to the closest PCI centre is of massive benefit to the patient populations of counties such as Mayo, Clare, West Limerick, Roscommon, Leitrim and Sligo, for example who may suffer an acute coronary attack. Outside the 90 minute time window, the likelihood of best possible outcomes diminishes so rapid transportation really is key, every minute matters. We have devised a comprehensive list of clinical criteria which patients must meet in order for the service to be deployed, the service can assist in time critical conditions such as stroke, serious injury (falls or car crashes), catastrophic haemorrhage and a range of other medical emergencies. In addition to catering for those with STEMI conditions, the
Air Corps, in a separate service to EAS, also provides rapid transport to appropriate medical centres in the UK if required, most commonly in the cases of organ transplant patients and neo-natal cases. We have sought synergies wherever possible in the service, in terms of equipment, the equipment on the craft is exactly the same that you would find in an NAS ground ambulance.
“Personnel at every level have worked very hard to ensure the pilot programme has been delivered to the highest possible standards since 2011. We are very fortunate to have built up such a strong and effective working relationship with the Air Corps, an organisation of which I cannot speak highly enough. They have been absolutely fantastic, with a thorough commitment from Day 1 to get this right. We are extremely fortunate to have the modern craft that the Air Corps possesses at our disposal, craft such as the AW139 are large and provide the EAS with a range and speed capability beyond that or many other equivalent services in other countries.
“Each EAS mission is composed of two Air Corps pilots, one crew member (trained as an Emergency Medical Technician) and one NAS Advanced Paramedic. The Advanced Paramedic programme has been very successful since it was launched in 2005, and working on this project has meant that our Advanced Paramedics (AP’s) are benefitting from further training with the Air Corps, training which is necessary for the provision of aeromedicine. On the flight deck, the Pilot has command but from a medical perspective, the Advanced Paramedic has clinical lead role for the patient at all times. “The definitive future of the programme is still to be decided, but due to the success it has proved thus far, I would be optimistic about the long term future of the EAS. In addition to the benefits for patients, both the military and medical side have learned a tremendous amount from each other, with air crews undergoing EMT courses, and we’re also looking at a flight medic course in the future. The medical/military interface in the provision of this service is rare, but hugely effective from our own experience. From the taxpayers perspective, it’s extremely cost effective
too, with two state agencies working together for a common purpose.”