An independent analysis of the HR ‘Climate Survey’ by Commandant (Ret’d) Roger McGrath, who currently works as a mediator and […

The Association’s Biennial Delegate Conference of 2015 was held in Kilashee House Hotel in Naas between 17-19 November 2015. (Photographs […

By Commandant Declan Noone and Mr Armin Forstner (Article part of the new Strategy Workshop introduced at BDC 2015) Volatility, [… 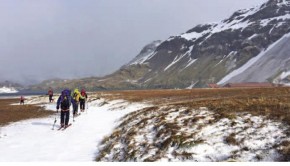 Lieutenant Sinéad Hunt, from Dublin, was one of three people selected to take part in the Inspiring Explorers Expedition by the […

12
Back to Top ↑
Enter your name and email to get the Signal Journal monthly newsletter... it's FREE!