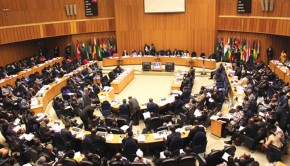 The African Union: Challenges of a Pan-African Project

This year marks the fiftieth anniversary of the Organisation of African Unity (OAU), a pan-African organisation, replaced in 2002 by […

Back to Top ↑
Enter your name and email to get the Signal Journal monthly newsletter... it's FREE!