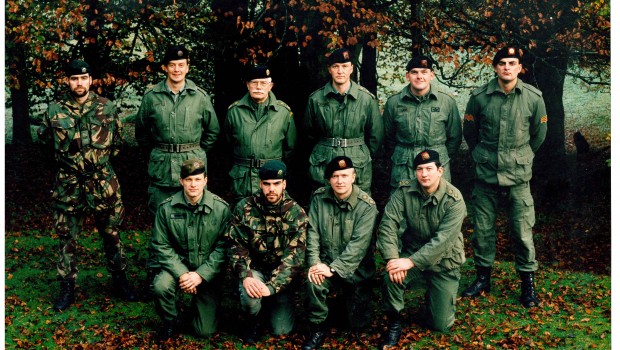 SIGNAL speaks to Captain (Ret’d) Niall Duffy, who now works as a Consultant with Risk Management International (RMI). He talks about his military career and his current career and how the transferrable skills learned in the Defence Forces have made a difference to his current role.

Could you give us a brief summary of your Defence Forces career and key appointments?

I joined the Defence Forces in 1981 as part of the 58th Cadet Class and was commissioned into Air Support Signals Company Baldonnel in 1983. I attended UCG and completed a B. Sc. and served in the School of Signals from 1986 to 1989 before serving overseas with UNIFIL with the 65th Battalion. I then served in Army Ranger Wing as Platoon Commander from 1990 to 1994 before working in the Directorate of Training from 1994 to 1997, overseeing the introduction of Tactical Engagement Simulation, (TES). I completed the Junior C&S Course in 1997 and was posted to 2nd Field Signals Coy. I retired from Defence Forces in June 1999. I look back on my military career as a most rewarding and enjoyable experience, during which I made lifelong friends and learned lessons and skills which I still use today.

What does your current role involve with Risk Management International (RMI) and how did you become involved? Could you provide us with an overview of the work the company does?

We provide a wide variety of services. Looking back to the beginning of my involvement with RMI, it came about via the military ‘gene pool’! RMI was founded in 1993 by Peadar Duffy, who retired as a Captain from the Defence Forces when founding the company. A number of Defence Forces personnel were recruited over the following years, from all rank levels, (officer, NCO, private). RMI has attracted retired members from the Gardaí also, as well as other elements of the private commercial sector.

I was brought into RMI by Cathal O’Neill whom I had served with during my time with the Army Ranger Wing. A strong working relationship and friendship developed there and it was through this that our RMI adventure began! I suppose you could say that he is a martyr for punishment!

My day to day role in RMI, like the company itself, is varied, which is one of the key attractions working here. I have specialised in crisis management and business continuity over the years but regularly undertake projects that involve personnel and asset protection, investigations, etc., both domestically and overseas.
Another strong attraction in working with RMI is that it undertakes problem solving for a varied client base, usually in client operations but often at early stage business development where clients are considering deploying into a new country or region. In the past six months we have worked in the Middle and Far East, North Africa and throughout Europe. No two projects are the same. At times it can be perplexing, but it is always challenging and very rewarding work.

What are the regular skills you employ that you would have learned as part of your officer training and your DF experience in general?

A regular skillset used is planning, and then accepting that planning only gets you so far. You have to have a capacity to develop contingencies “on the fly” and to provide reassurance to a client that such planning can be relied upon. A fundamental experience the military gives you in working with people who ‘call it as it is’ and the ethos of getting the job done. The many opportunities that the military gives you in developing your own team work and leadership skills also add to what we bring to the private sector, realising that leadership is more about doing than  saying.

It should always be as focused on support and encouragement as it is on being “out in front”. Project Management is something that is innate in the military, even though we didn’t call it Project Management back when I started out! While I cannot disclose specifics, a large number of projects that we start with clients, bear little resemblance at the end to what was described or understood in the original brief. The experience of having to rapidly get an understanding of quite complex organisations, the people, politics and culture of same, and putting practical solutions in place is a good example of what RMI does. Undoubtedly my military experience helps me to do this effectively.

I believe that the politics and culture of private sector versus military/public sector are quite similar in many regards. People are people after all, wherever you work. In all organisations there are people who do and people who don’t. Finding the former, and encouraging and motivating the latter are the challenges. The difference, and this is a personal view, is that the military is service driven – the focus is to get the job done at all costs. Coming into the private sector, developing the commercial nous that is needed in business is very important.

I’ve known some commercially entrepreneurial military personnel, (ex and serving), but they are the exception rather than the rule. So essentially, the challenge is finding what the client wants and delivering that efficiently and effectively. The complete and perfect solution is not always the best one for the client, or if it is it may not be what they want or understand so we often have to bridge that gap.

The Defence Forces have a track record of providing business leaders to the private and public sector. How does this represent a challenge to the organisation, and also, how can it benefit from the work of its former members, in your opinion? Do you believe that, in general, former members continue to hold the Defence Forces in high regard?

The challenge to the Defence Forces, in my view, is that leaders and managers will always be in demand; therefore the DF will always lose people in that regard. It’s a huge compliment to the skills within the organisation. The Defence Forces has talented people, at all levels, which excel in team work, problem solving and establishing an empathy which is a key asset in business relationships I believe. Trying to retain those who will continue to make a difference to the organisation is a challenge.

Making a clear statement of what the Defence Forces can do for Ireland Inc. is also critical. While expressions like ‘punching above our weight’ as a country can sometimes sound a bit trite I believe it is certainly the case with the military, particularly as part of Ireland’s foreign policy and aid programmes. There is much that the Defence Forces can do in that arena to make a difference. It would be great to see a stronger alignment in terms of the DF’s White Paper on Defence. I think that the DF and former members  can mutually benefit by maintaining links and sharing experiences.

The Irish Defence Forces Officers Club is one forum that has been established to develop and maintain this important relationship. How the Defence Forces are viewed by me and former members?

In very high regard, as a professional organisation that has given us unique experiences and key skillsets that we still use today.

What are the short-medium term plans for the development of RMI?

Over the past number of years, in light of the economic crisis, the ‘new’ profit was to ‘break even’! This applied across the board for all businesses, domestically and abroad. But in all sectors you can see the wind coming back into the sails. Our challenge in Risk Management International is to chart the right course – refresh and refine our services, identify new clients, develop our offerings without losing sight of our core services to key clients, (the ‘Pareto Principle¹’ definitely applies here), and of course, bringing on board the right people. That is a challenge with any SME, particularly within a ‘professional services’ organisation, such as RMI. It is worth emphasising that ultimately – the right people being involved is key to RMI’s success. It has been a Unique Selling Point in the past and given the trust that we have built up over the years with clients, it will be vital in the future. RMI has the Defence Forces to thank for many of those characteristics being developed in our team during their period of service. 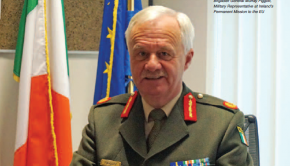