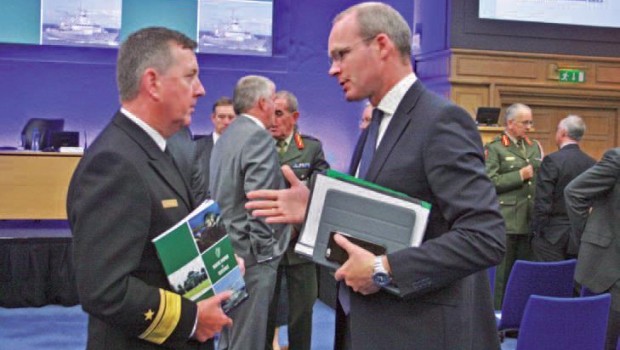 The recent publication of the White Paper on Defence, which followed a lengthy consultation and Green Paper process, led to welcome debate on the Paper and what implications it has for how defence and security is viewed as part of the state’s agenda. Professor Ben Tonra, head of the School of International relations in UCD, believes that the White Paper is more substantive than its 2000 predecessor and provides a framework for moving forward in the arena of defence and security.

There have been comparisons made between the White Papers produced this year and the one in 2000. I believe that it’s unfair to compare the two directly a they were different Papers produced for different times. The 2000 White Paper was more inward looking in nature, in that it provided a framework in many ways for the reorganisation of the Defence Forces, significant divestment of land assets and also significant capital investment in equipment for the Defence Forces. It was also a document that was published in a security environment that was far more benign and stable than the one with which we find ourselves challenged today. I think that the White Paper 2015, while broad in some of the themes it examines, is a more outward looking document, which I would argue is in many ways more profound, substantive and considered than its predecessor.

It needs to be analysed in the context of the fragile and volatile security architecture within which we currently find ourselves. The Paper does make reference to these threats in an Irish context. If you look at areas, such as Cyber-Security for example, this is referred to as a threat of which we need to
be very aware. Another EU member state, Estonia, was actually the victim of a wide-ranging cyber attack in recent years, and when you look at the technological giants ( such as Facebook,Google, LinkedIn) who have made Ireland their European home, they represent a very valued target for any potential cyberattack. There are, in that context, indeed ‘live’ targets in Ireland which must be considered when debating issues of security.

Where I think the White Paper is strong is in that it brings a ‘whole of Government’ approach to the various issues. It moves defence more to the centre of the stage in terms of how defence relates to the various other apparatus of the state, aside from the commonly known ATCP and Peace Support functions. So, in terms of how defence relates to the Department of Health, or the Department of Communications and the Marine, the White Paper is quite expansive. It has also marks a further balancing of the relationship between the Departments of Defence and Foreign Affairs, in that Defence is now more vocal on the security sphere and Foreign Affairs is focusing more on national policy in relation to international affairs.

The ‘voice’ of the White Paper is very much that of both Government parties, but the engagement process for developing the document was a lot more developed than that which would have been even possible 15 or 20 years ago. I think the Government’s ambition for this document, which I believe has been largely fulfilled, has been to show the relevance of defence and security in terms of its relevance to the agenda and ambitions of the state. It goes beyond the purely military and security contexts too, in terms of innovation and technology the Defence Forces have had a hugely positive impact, such as working with European partners and the European Defence Agency (EDA) in developing systems and relationships which can feed into economic growth and job creation. I think there is huge potential in exploring this area further and I know it is something which is very much on the agenda of the recently appointed Chief of Staff, Admiral Mark Mellett.

I think the whole process of creating this White Paper was also beneficial in terms of shaping the debate which followed its publication. While I’m not privy to the exact depth of the engagement they pursued, the fact is that they did engage, and that this engagement was visible. In the past I would have criticised the ‘cloistered’ mentality which seemed to pervade within the defence community, but that has definitely changed and I believe that is welcome and has been actively encouraged by bothcurrent and recent Chiefs of Staff and recent Secretary Generals within the Department of Defence.

However, there are still serious issues which have not been dealt with the White Paper. The ‘Triple Lock’ being the major one. However I can understand why it was not revisited, this Paper was published the year before an election and politically the ‘triple lock’ is a problematic issue. I can understand the desire to maintain the status-quo from a political perspective but that fact is that I still believe it to be a nonsense, which I prefer to refer to as the Chinese veto, as opposed to the Triple Lock. Politicians will point to other EU nations that also have legislative stipulations governing troop deployments, such as Germany.

But the fact is that legislative requirements can be changed relatively quickly, our dependence on the UN mandate in addition severely compromises our ability to react and participate quickly to a situation that may develop. In terms of force generation it’s a problem, because we simply cannot commit at the same pace as our allies. There is a sense of indecision when it comes to our involvement, purely because of this political requirement, and that does affect how we are perceived when it comes to military planning. But, as I stated, I can understand why this was not addressed in this document at this politically sensitive time, but it is a debate that needs to be revisited.

In terms of our current mission commitments, I remain very impressed by what the Defence Forces deliver. Apart from our other missions in the Middle, East, Africa and Europe, the recent deployment to Operation Pontus in the Mediterranean represents a serious commitment, from a naval service of limited resources. It’s another example of the agility of the organisation. It’s also an EU mission, paid for by the State, as opposed to the UN model, which provides funding. I think, generally speaking, for future missions, the UN model remains preferable, not just because of cost though, it’s also politically preferable. But I have to say I have seen no demonstrable hesitation on the part of Government in electing to participate when it is deemed important for Ireland to be involved, such as the mission in the Mediterranean.

The strength of the White Paper is that it provides a strategy for our defence requirements in the early decades of the 21st Century. This will need to be followed up by tactical decisions in order to fulfil this strategy. The Paper defines the defence agenda and what needs to be addressed in terms of resourcing. But it’s not specific in that regard as costs are not defined, but it does set out the levels of ambition regarding defence and what is broadly needed to achieve that.

Main Image: Defence Forces Chief of Staff, Rear Admiral Mark Mellett DSM, in discussion with the Minister for Defence, Mr Simon Coveney TD, at the launch of the White Paper on Defence 2015.